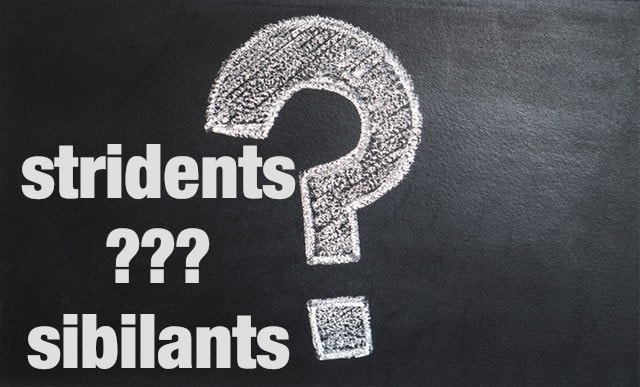 When studying phonetics you may have heard the terms “strident” and “sibiliant.” Sometimes these words are used interchangeably, but they aren’t exactly the same thing. So, what’s the difference between stridents and sibilants?

First, let’s look at the definition of these terms before we compare them. Wikipedia defines a sibilant as

“fricative consonants of high amplitude and pitch, made by directing a stream of air with the tongue towards the teeth.”

An easy way to remember what sounds are sibilants are that the word sibilant begins with an s. [s] and the similar [ʃ], often realized orthographically as sh, can be linked to the letter s in the word sibilant. Then, you just have to remember the voiced pairs of [s] and [ʃ] which are [z] and [ʒ] respectively.

Great! Now, when you hear the word sibilant you should immediately think “oh, those are the s sounds.”

You can think of this relationship like “All dogs (sibilants) are mammals (stridents), but not all mammals are dogs.

Stridents include more of the “hissy” sounds in English.

These are just all of the sibilants with the addition of [f] and [v].

Note that some classifications include [tʃ] and [dʒ] in sibilants and stridents as they include [ʃ ] and [ʒ]. Sometimes, however, these affricates aren’t explicitly stated, as they are assumed to fall into the same categories as their respective fricatives [ʃ ] and [ʒ].

Conclusion about stridents and sibilants

I hope this cleared up what the difference of the two are. It may take a few minutes for it to soak in and you may mix them up sometimes, but you’ll get the hang of it.

If you are interested in learning about sibilants and stridents, you should read our manners of articulation article. 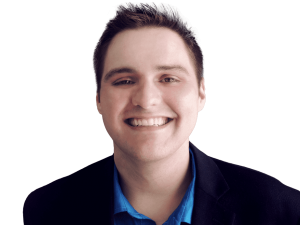